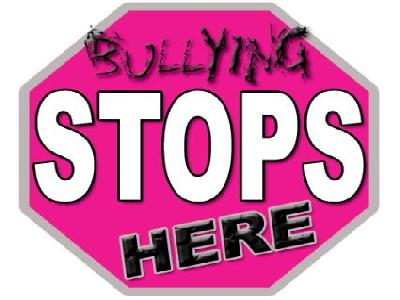 Today February 26, 2014 is known as Pink Shirt Day to raise awareness and bring an end to bullying. This is the 7th annual Pink Shirt Day and it was all started by two Nova Scotia Teens.

David Shepherd, Travis Price and their teenage friends organized a high-school protest to wear pink in sympathy with a Grade 9 boy who was being bullied for wearing a pink shirt. They took a stand against bullying when they protested against the harassment of a new Grade 9 student by distributing pink T-shirts to all the boys in their school.

‘I learned that two people can come up with an idea, run with it, and it can do wonders,’ says Mr. Price, 17, who organized the pink protest. ‘Finally, someone stood up for a weaker kid.’

So Mr. Shepherd and some other headed off to a discount store and bought 50 pink tank tops. They sent out message to schoolmates that night, and the next morning they hauled the shirts to school in a plastic bag.

As they stood in the foyer handing out the shirts, the bullied boy walked in. His face spoke volumes. ‘It looked like a huge weight was lifted off his shoulders,’ Mr. Price recalled.

The bullies were never heard from again.

This is something that is very near and dear to my heart as growing up I was viciously bullied throughout grade school and high school. 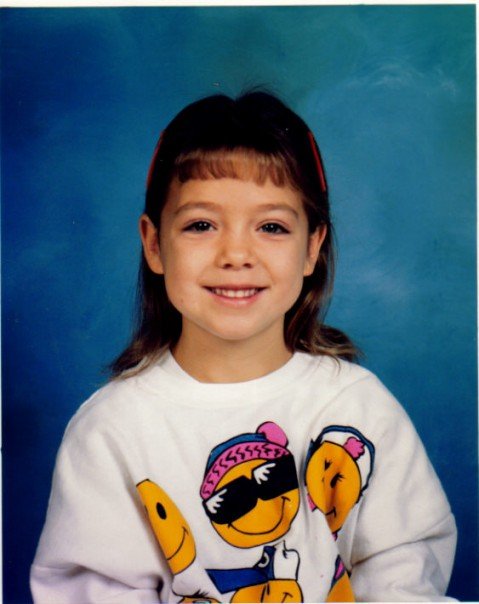 In grade school I was bullied for having two different coloured eyes, the kids would call me husky and bark at me. This caused lasting effects for years as I would cut my hair (and still do to this day) with side bangs to cover my one eye in hopes people won’t notice. As much as I love my eyes now as an adult when I think of the way I was treated for being different it still hurts and still causes me to be self-conscious about my eyes.

I also remember in grade school having a green snowsuit one year. I loved the snowsuit so much and begged my mom to buy it for me. I proudly went to school in my new snow suit only to find myself faced with bullies again. The kids would chant “Ho Ho Ho Green Giant” all recess long. The snowsuit I once loved I now hated from that moment on but because my mother was a single mom raising 3 children I couldn’t get a new snowsuit. 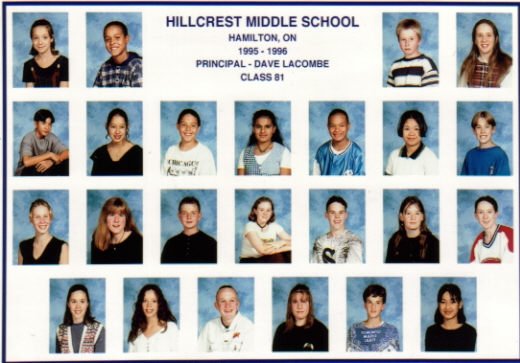 (if you are wondering which awkward looking kid I am, I am the top left lol)

Middle school didn’t get any better, the verbal bullying turned into physical bullying and I had my head smashed up against the brick wall of the school, I was spit on, called names and felt alienated. I did have a small group of friends but no matter how many friends you have when you are being bullied you feel completely alone and helpless.

I was hopeful high school would be different and I started off grade 9 with lots of friends. However it didn’t take long for the bullying to begin again. It was about half way through grade nine, I was 14 years old when I was at a neighbors home hanging out watching music videos, my brother and sister were home next door and my mother was at work. There was a knock on my neighbors door, I heard someone coming up the stairs towards my neighbors bedroom where we had been watching tv. I got up thinking it was my neighbor and started heading towards the door to ask her who it was when a female whom I had never met turned the corner and instantly began punching me in the face. Unknown to me at the time my neighbor had no idea what this girl was coming to do and was downstairs in fear listening to what was going on as we were home alone, her mother was also at work. She backed me into the closet doorway and continued to punch me, I ended up falling into the closet and to protect myself curled up into a fetal position with my arms up covering as much of my body and face as they could. It was then that I saw blood running down my arm and realized the punches were not punches, she was stabbing me. When she finished she took off down the stairs, I had no idea where she had gone but I ran down the stairs, out the front door and across the driveway to my house leaving a trail of blood behind me. I called for my brother and sister to bring me some towels and I picked up the phone and dialed 911. Somehow through all of this I was calm and the operator at 911 scolded me for “pretending to have an emergency” I loudly yelled into the phone at her “I am bleeding and need a (pardon my french) f***ing ambulance”. It was then she took me serious, apologized and said help was on the way. My brother who was 17 at the time called my mother at work and told her what happened, she rushed to the hospital to meet me there. I had been stabbed , once in the left forearm, twice in my upper left shoulder, once in the left side of my rib cage area and twice in my left buttock. The doctor told me it was very smart of me to have curled up the way I did protecting my vital organs because this situation could have been a lot worse. I was stitched up and sent home. This girl who stabbed me was a minor, I believe she was only 17 at the time and due to her age she was given one year in juvenile and one year in a halfway house. As much as I have accepted and forgiven what this person did to me this incident has altered my life forever. I become very anxious in large crowded settings, I am weary of strangers and am always looking over my shoulder even still to this day. For years I would wake up in a panic checking to make sure all my windows and doors were locked.

Of course after that I changed schools but a new school just meant a new set of bullies for me to deal with. Throughout grade 11 and 12 I was constantly threatened by girls in class who sat behind me. They would threaten to beat me up with baseball bats, they would make fun of me, call me names and so on. It all took a toll on me and I began skipping school, drinking heavily and experimenting with drugs, I became a very angry person inside. I had constant run in’s with both the principle and vice principl and ended up getting expelled from school two credits shy of my diploma. I moved out of my mothers home at a young age and continued on my destructive path to no where. 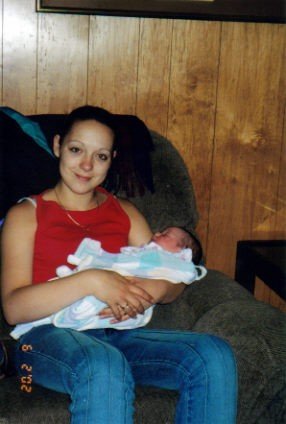 At 19 I became pregnant with my first daughter Abigail and she saved my life. My choice to keep her changed the course of my life and headed me down a more positive path. If it wasn’t for her I most likely would have continued down the destructive path I was on and could very well not be here today. In the years since the birth of my first daughter I have gone to college but dropped out as I felt I could teach myself the skills they were teaching me for free with online programs which I did, I worked for both the federal and provincial government in various offices as an administrative assistant (without a high school or college diploma) by proving to them I had the skills or could learn them quickly, worked as an ECEA at a private daycare again with no formal education just personal life experience, became a single mother raising at that time two young children while working full time, met my wonderful partner and began working for myself as a blogger and in almost 4 years since starting the ECM blog have achieved great success helping Canadians save money. I have also over the past 4 years been in a position to give back through my skills of saving money I have helped countless organizations and individuals by donating $1000.00’s of dollars in products and food to help those in need.

Although life handed me at times tough situations and at times I didn’t think I would make it through and almost gave up there was a voice, a drive inside me to overcome what has happened to me in my life and not use it as an excuse to lay down and give up.

Bullying doesn’t just happen to kids and teens though, through my online work as a blogger I have not only been at the receiving end of online bullying but have witnessed it happening to others. I have watched grown adults attack others in open forums and on social media, attack companies on social media and more.

Bullying is bullying and it is not ok no matter what age, race, gender. As adults we need to set examples for our children, we need to raise a new generation one without hate in their hearts, one with acceptance and love for all. There have been far too many children lost to suicide who thought that was their only way out, far too many people hiding who they truly are for fear of not being accepted. We as adults and parents have a responsibility to teach our children right from wrong and you may not think your children notice or pick up on your actions towards others but they do. Children at a very young age are like little sponges and if they see you mistreating someone they will think that is ok when it is not.

Let’s all make a promise today to continue to be positive role models for our children and the youth of today, be kind to each other and accept that everyone is different and that is ok!

Follow me
Aimee
Aimee is a suburban mom of 3 and resides in Richmond Hill, Ontario. She enjoys travelling, sewing, baking, DIY projects, and finding creative ways to save her family money.
Follow me
Latest posts by Aimee (see all)
Share201
Tweet
Pin
Yum
Buffer
201 Shares

The Best Sheet Pan Pancakes! We are a pancake-lov

THE BEST S’MORES COOKIES If you are a regular a