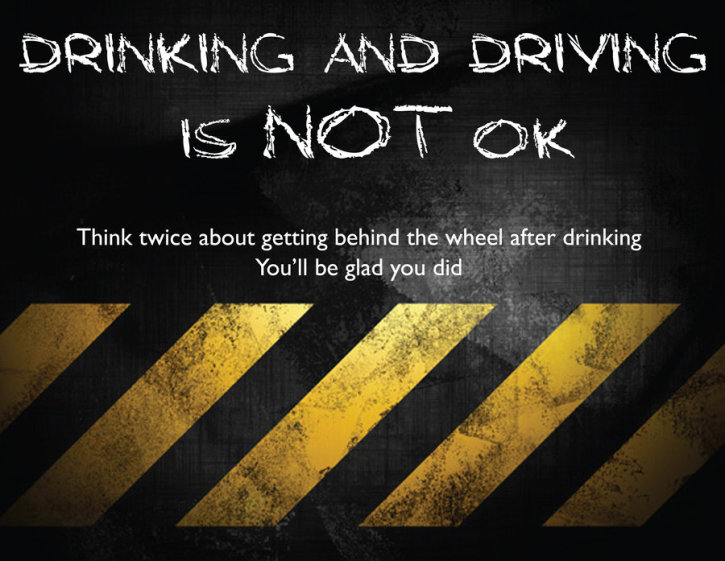 This morning a mother cannot kiss her three precious children good morning, she cannot run her fingers through their hair, make their breakfast, or send her oldest two off to school. This morning a family is broken, shattered, and without 4 members – 3 children and their grandfather.

This morning I weep for this family. I am crying as I type this and I cried as I looked into the eyes of my three children this morning. My heart is breaking for this family and I wonder, HOW MANY MORE INNOCENT LIVES MUST BE LOST?

Sunday afternoon, around 4:00 pm, a family was travelling in Vaughn, a city I live beside and travel in on a weekly basis. They may have been out grocery shopping, at a local park with the three kids or off picking apples. They were doing what many of us do, travelling in their vehicle on a beautiful sunny day spending quality time together as a family.

Sunday afternoon a man chose to drink. This man also chose to reach into his pocket for his keys and open the door to his black Range Rover. He made the decision to insert those keys into the ignition and put the vehicle into drive. He t-boned that family out on a Sunday afternoon killing 3 innocent children under the age of 10 and a grandfather. He also injured two other female relatives of the children.. There was a third vehicle involved in the accident, those occupants had minor injuries. 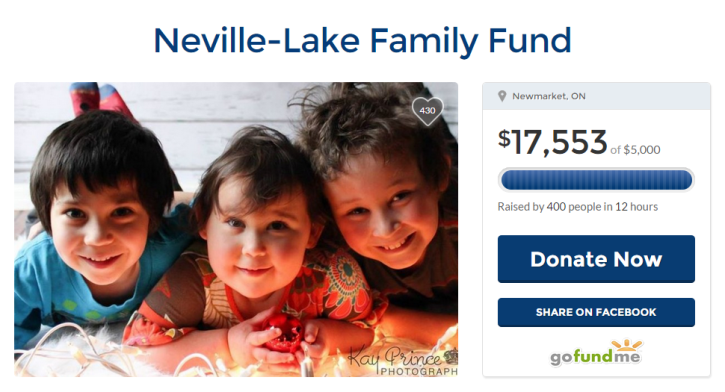 Those three beautiful and bright smiles have been taken far too soon from this world. If you would like to donate to the Neville-Lake family you can do so via the GoFundMe account set up for them.

On an average day 4 people are killed, 175 people are injured, and there are 578 crashes that only result in property damage due to impaired driving. That is 4 people lost too many, 175 people injured too many, and 578 damaged properties too many!

When will enough be enough?

Clearly people either don’t get it or just don’t care. The mentality that you are “ok” to drive or you “feel fine” needs to STOP! One drink is too many, there is absolutely no reason to consume alcohol or drugs and drive.

Canadian laws in regards to impaired driving need to be tougher, clearly the current laws and punishment are not enough to deter people from driving under the influence. I know tougher laws will not eradicate impaired driving, however I think it would significantly lessen the amount of people who decide to drive impaired.

Currently in Canada if you cause death while impaired there is no minimum sentence that has to be imposed by the courts, however the maximum sentence is life. I am sure we all know there are very few cases, in fact I can only find one, that someone has been given the maximum sentence. Many times the sentence is 5 years or less. This was the case for the multiple convicted woman who murdered my stepfathers cousin, yes I said murdered because in my eyes if you are impaired and you get behind the wheel of a vehicle you have intent. You know the risks of impaired driving, you know the possible outcomes, just as one would know grabbing a loaded gun and firing it into a crowded street could kill someone. I believe anyone who causes death while impaired should be charged with murder, a vehicle is a weapon, if I am pissed off at someone and mowed them down with a car I am going to be charged with murder. If you are stupid enough to drink or do drugs then hop into a weapon, drive that weapon around, and end up taking someones life you deserve to be charged with murder!

I also believe that we need to have ZERO tolerance, a one-strike rule, you get caught driving impaired – LIFETIME BAN from driving. Don’t give that person another chance to kill someone. Will that wake people up? I think it would be a serious deterrent, I mean if you are a driver and knew that if you got caught driving impaired you would never be able to drive a vehicle again, for the rest of your life, would you risk it? Maybe some still will but I would be willing to bet many wouldn’t.

I don’t know if we as a society have just come to not cherish life, not care, not have feelings or morals, but the lack of brains lately is unsettling. The amount of violence against others and clear disregard for another humans life is just plain sad.

I personally don’t drive, I have never had my licence, and this is one of the reasons. I do not trust other drivers on the road. I don’t trust you to not be on your phone. I don’t trust you to not have decided to drive after drinking. I do not trust you to be paying attention to the road and others around you. With all that said I do not trust in myself to react defensively enough to combat any person who could cause my death due to distraction or impairment. I have anxiety when in a vehicle, I clench the door many times during short or long trips. I have anger inside when I see someone with their phone in their hand or see a car swerving on the road. I will tell you off from my passenger window if I see you with your phone in your hand. I will call the police if I see you driving like you are impaired.

How Many More Innocent Lives Must Be Lost?

Follow me
Aimee
Aimee is a suburban mom of 3 and resides in Richmond Hill, Ontario. She enjoys travelling, sewing, baking, DIY projects, and finding creative ways to save her family money.
Follow me
Latest posts by Aimee (see all)
Share1
Tweet
Pin
Yum
Buffer
1 Shares

It’s almost that time of year. The evenings cool

The way he rips her fur out with his mouth … wha